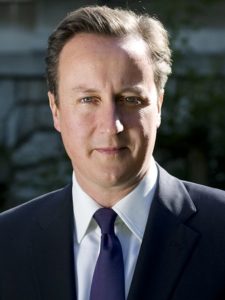 David Cameron has left England leaderless and blocking the door for anyone to step in and lead. It is as if Cameron is punishing the nation for turning their backs on him and the elites that have brought the UK the reason to leave the EU.

The process cannot start until the Prime Minister, right now it is Cameron, starts it. And he has no intention of starting that process and will hold the door closed to anyone wanting to start it by remaining in office until he feels like going. It almost seems he wants to see the turmoil boil over and expects the people will beg him to come back.

Britain is being held hostage by Cameron. Those elites know how to mess things up. Cameron, instead of just stepping down made the “surprise” announcement that he (might) step down in October. That really means the UK is left with a Prime Minister that WILL NOT START THE PROCESS! He will stand in the way for MONTHS! He will make sure as much havoc starts leave or not. His hope is that he and his elite, with the banker friends, will cause enough problems that they can stop the Brexit using lame excuses. Cameron is the reason the UK did not start this morning with article 50 to leave the EU and he is the sole reason that cannot happen until he does leave. Because he IS in office, he IS the Prime Minster until he leaves and he is not allowing anyone to lead the UK until he feels the time is right. What a buffoon! How long will the UK be held up by this terrorist move?